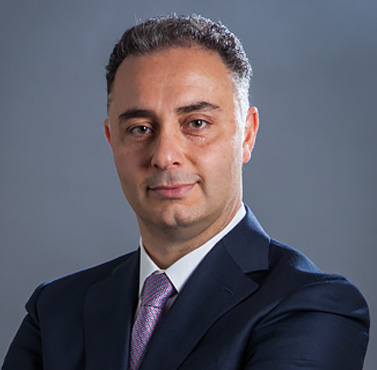 Attorney Aziz J. Asmar, the firm’s founder and an immigrant himself, experienced the challenges and rewards of coming to America for a better life, a journey that sparked his desire to better the lives of others. As such, becoming an immigration attorney came naturally to Mr. Asmar, and it soon became his passion.

Over the years, his tireless advocacy, unrivaled integrity, and genuine compassion for his clients have earned Mr. Asmar an outstanding international reputation.

For over a decade, Mr. Asmar has successfully helped resettle hundreds of families fleeing their homes for a better life. While his practice initially focused on asylum-seekers and refugees, Mr. Asmar has since expanded his practice to take on all types of immigration cases, no matter how complex.

Having lived in Iraq, Jordan, Germany, and the United States, Mr. Asmar is a global citizen who understands cultural diversity, making him the perfect ambassador between clients and US immigration officials.

Mr. Asmar has successfully fought and won hundreds of cases nationwide before US Immigration Courts, the Board of Immigration Appeals, and the United States Court of Appeals for the Ninth Circuit.

US Court of Appeals for the Ninth Circuit

US District Court for the Southern District of California