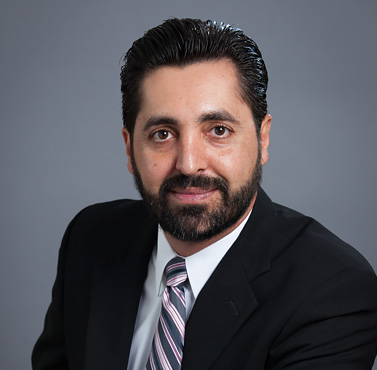 Attorney Julius E. Jaboro started his legal career as a general practitioner in 2002 with an emphasis on family law, but soon realized he had a different calling.  The son of immigrants who journeyed to the United States in search of a better life, Mr. Jaboro was inspired to help others achieve the same goal, thus turning his attention exclusively to the practice of immigration law, with a focus on asylum, removal (deportation) proceedings, and family-based immigrant petitions.

Mr. Jaboro’s unwavering resolve and capacity to understand the needs of his clients, mixed with his display of calm and confidence in the face of adversity, has led to extraordinary results and the resettlement of hundreds of immigrants in the United States.

In 2013, Mr. Jaboro left private practice to join the Law Offices of Aziz J. Asmar, a firm that shares his passion for advancing the goals of immigrants in America.  Driven by the reward of securing legal status for his clients, Mr. Jaboro’s experience, determination, and compassion has helped advance the firm’s fine reputation and outstanding record.

Mr. Jaboro has successfully fought and won hundreds of cases nationwide before immigration courts, the Board of Immigration Appeals, and the United States Court of Appeals for the Ninth Circuit.

US Court of Appeals for the Ninth Circuit

US District Court for the Southern District of California